At a glance, Australia and South Africa share similar climatic conditions. Plus similar interests in sport and food, (think meat on the braai and meat on the barbie) bring a healthy life balance. Of course you then have breathtaking views and sandy beaches. You just can’t go wrong. Both countries boast natural resources with developing agricultural, renewable energy, manufacturing, and petroleum industries. And both countries have an on-going skills shortage. Skilled workers are in demand.

So what are the main differences? What are the recent trends between the two countries? Maybe you are considering moving to one from the other. Or maybe you left South Africa for Australia and now wish to move back? The on-going skills shortage, which is being felt around the world, is also contributing to the ‘brain drain’ from South Africa. Much of this brain drain felt by South Africa is due to a need for skilled individuals in other countries, particularly Australia and the UK. With regards to Australia, one would likely earn 3.8 times more money in Australia. One would also have 76.25 % more chance of being employed. There are also reports that once would experience 53.08 % less of a class divide.

This last point at a closer look asks the question of what it means to be a multicultural country. Both countries think of themselves as multicultural, but they don’t mean the same thing to each other. In South Africa, one thinks of a mosaic of different cultures living within a rainbow nation. 11 different official languages is a prime example of this. English is only the sixth most common language with Zulu taking up 24% as the number one.  In Australia multiculturalism means lots of different people living together. English is the only official language.

Many professionals from South Africa feel that their families will have a brighter future in Australia. Employment forecasts do look more stable with 23% of employers are planning to increase hiring vs. 9% for South Africa. IT, mining, construction, and renewable energy sectors are competing for the most skilled workers between the two countries. One will have a higher salary in Australia and professionals feel that they will have more career opportunities for growth in Australia. See www.nwiaustralia.co.za to see if you qualify or skilled migration.

The main issue with South Africa seems to be the uncertainty. Will things get better or worse? An uncertain economic future combined with social and economical instability, has lead to a “brain drain”. Will this always be the case though? South Africa is open to bringing in skilled workers. Companies are waking up and offering incentives.  Professionals can make a living there and can have an awesome lifestyle.  Interestingly, recent trends show that many skilled expats have left for countries like Australia and have gained career experience, but then want to bring that experience back home. South Africa is a prime example. Call it reverse brain drain if you will.

There is a huge pool of talent interested in coming back home to South Africa. These skilled workers believe that their skills and knowledge will be useful. They have lived the dream of moving abroad and now feel that demand that their country needs them.  Families move abroad for different reasons.  Some will never move back and the new country becomes their home and it is the best decision they ever made. Others are lured back by a strong emotional and cultural attachment.

Overall, one must move where they feel they have the most opportunities and where they feel the most at home. Australia and South Africa need skilled workers and they are culturally diverse, outdoor loving, stunning landscape, sports loving countries. You can’t go wrong where meat on a barbecue is the number one way to spend a sunny day with friends. 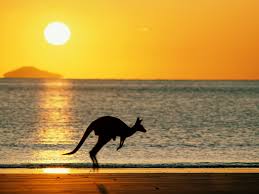 Tourists Spot Trapped Orca, Then The Unbelievable Happens
The 25 Most Incredible Mysteries That Humanity Has Yet To Solve
21 Unknown Tribes That Live In The World's Most Remote Places