The Drone And a New Arms Race 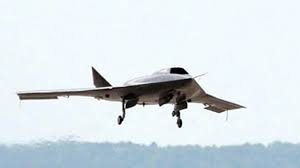 The Drone is a versatile weapon. It is a pilotless aircraft that is capable of carrying missiles and can be used for attacking targets. The Drone is a marvel of technology and is a force multiplier in any combat or operation. It is particularly effective in operations against terrorist groups and individual leaders of these groups.  So far the Drone technology is a US preserve, but no longer and there is a chance that other countries will get hold of this technology and use it. It could even fall into the hands of terror groups and then the fat will be in the fire.

Recently at the Zhuhai air show in South west China in November last year, China had startled Western countries particularly the USA by unveiling 25 models of remotely controlled aircraft. They also showed a video animation of a missile –drone attack on an armored carrier as well as a US Aircraft carrier. The Zhuhai is China’s biggest air show and show cases its achievements in the field of aviation.

The Drone as a Potent Weapon

The portent of this showcasing of unmanned aircraft is not lost on the USA. It is a stark reminder that the superpower may at some stage itself face drone attacks from a military adversary or a terrorist group that may be able to lay its hands on a UAV (Unmanned aerial vehicle). The US administration headed by Bush earlier and Obama has religiously followed a policy which has arrogated a right for the USA to attack anybody or anyone who the USA considers is a threat to it, irrespective of border lines and sovereignty of nations. The results have been telling and it is a known fact that in Pakistan’s lawless North West more than 2000 terrorists have been killed by Drone attacks. In Yemen last week the US could track down one of its own renegade citizens   Anwar-al- Awalaki, who had embraced an alien faith to destroy his own country was similarly neutralized. 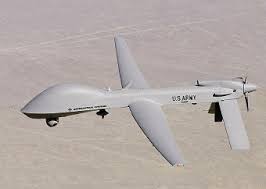 But with an expansion of this Drone technology into the hands of other countries the possibilities can be frightening. China could use this technology to take out Uighur Muslim terrorist in hiding in Kazakhstan. Uighur Muslims are accused by China of plotting terrorist attacks in Sinkiang. Russia could send drones to attack Muslim terror groups in Central Asia. The list is endless and American officials who may protest will have the rule book thrown back at them.

Thus with China show casing an array of Drones an arms race in this field is unleashed.  This technology which was so far only with USA, Israel and the UK is now spreading. Without sounding alarmist, there is a real chance that this technology could pass into the hands of Terror groups that are inimical to the USA like al Qaeda and Taliban. This is a real threat and the development of the technological curve could very land this in the hands of the opponents of the USA. There is a real possibility that the USA could face these groups in the future armed with this technology. After all with all its stress on non –proliferation of Nuclear weapons the USA has been unable to stop Iran and North Korea from getting these weapons

P R Singer in his book ‘Wired for War’ talks of robotic combat. He says just at the end of World War I only a handful of countries had the aircraft as a weapon of war. Now it’s universal and similarly the UAV can also become universal. The future thus has dark possibilities.

Top 24 Everyday Items That Have A Shocking Use
Diver Sees Massive Whale, Then The Unbelievable Happens
These Are The Most Uncommon Objects People Found In Their Own Backyards